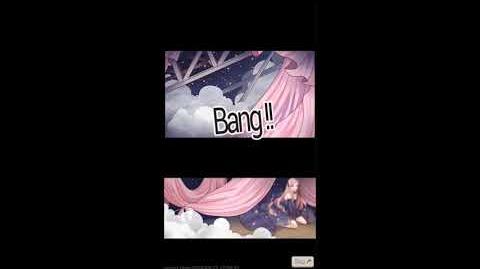 Sofia dazzles the audience in the play, wearing the Star Sea. Nikki, Bobo, and Momo watch, enraptured, with Momo sitting on Nikki's lap.

Suddenly Sofia looks up at the supporting beams in the theater. A crack sound occurs, and the beam begins to fall.

She suddenly looks suspicious. There's a loud Bang!, and Sofia moves out of the way. The audience is panicking, running from the scene, and Nikki gasps.

Nikki and Bobo look at each other and nod. They run out, Bobo holding Momo over her shoulder.

There is no concluding dialogue.