Wind of the Flower 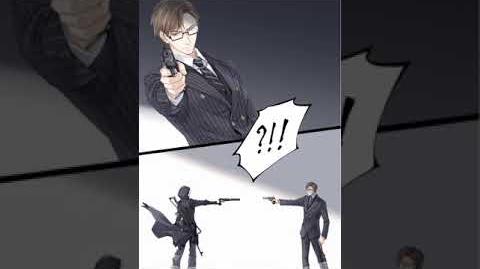 Shade stands on the ledge of the Apple Federation Apparel Group building, in the hole created by the broken window. Orlando, wielding his black umbrella, takes a defensive stance, protecting Kimi.

Shade pulls out his gun and aims.

Orlando aims his gun as well.

The two men stand facing each other, guns at arm's length. A bead of sweat runs down Orlando's face as he jerks his head slightly.

There is no concluding dialogue.