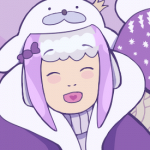 Hi, I'm Kuhlau (possibly better known as Sailing), aka that one person that likes lore too much!

I love the lore, and I really want to help make this wiki a more valuable resource for learning about the characters and stories! I'm honestly more knowledgeable about the main story, with the individual suit stories coming second, though I'm trying to learn more~

I also draw fanart, write fanfic, and do other miscellaneous stuff :D

The farther down you get on this list, the less likely I am to stick to the order and the more likely I am to slot other things ahead of it. At this point, given the content of the new hell events, those will likely take priority once they show up.

(Thanks to Chrismh for the cute gallery format!) 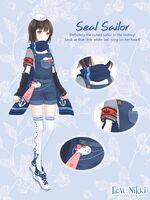 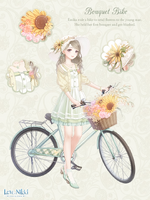 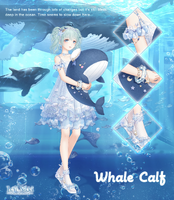 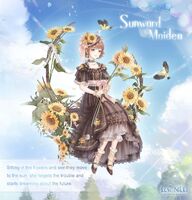 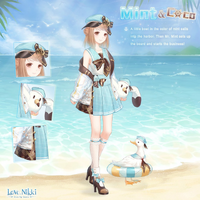 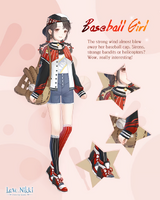 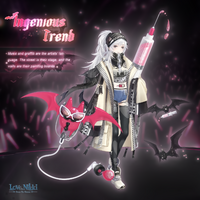 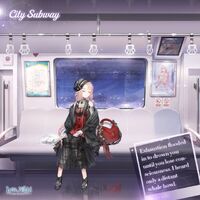 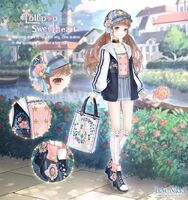 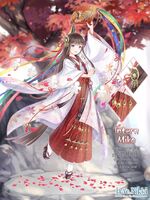 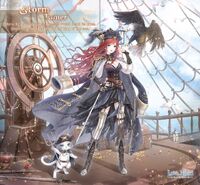 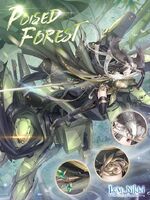 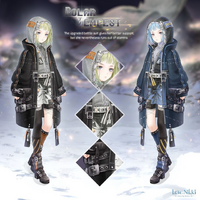 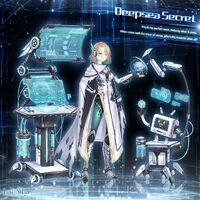 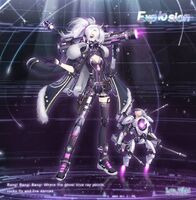 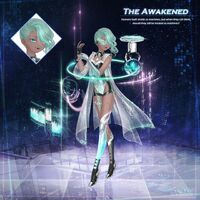 The Awakened
Completed!
Add a photo to this gallery 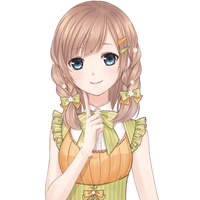 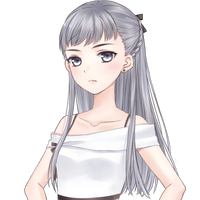 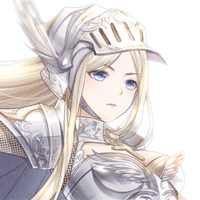 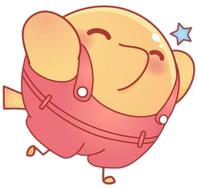 Gifty
Add a photo to this gallery

Spoilers below! (Also, very slight editing on some to make them more understandable.)

"Yes, I was planning to leave alone and return one day when I became successful. However, on the day I was leaving, I opened the door and saw this silly girl carrying her luggage and waiting in the yard. That's when I started to think: for such an awesome girl I must do everything I can to give her the amazing life she deserves."
— Zhong Lizi in V1: 5-5 Meet Royce Again

"Starlet, it's a miracle that you lived so long safe and sound."
— Bobo to Starlet in 15-2 Trapped in Rosset City

"There are countless stylists and designers here fighting and competing for honor... These rules are for the pursuit of beauty and dreams. How could they be false?! The friends and enemies we've met and the joy felt after every victory, how could that all be false?! When you got your first designer medal in Wintermount, didn't you get a sense of satisfaction from the "false peace" that you're despising now?!"
— Bobo to Nidhogg in 15-9 Compete with Nidhogg

"Please be my date tonight. Let's deceive everybody."
— Kimi to Nikki in 17-4 Nobleman Style

Time, however, is not on their side. As the sun sinks behind a layer of clouds, the plane slowly enters a thick, snowy cloud. Kimi stops working the controls and raises her head, looking blankly at the gray clouds surrounding them. The plane breaks through low-hanging clouds, and approaches the white Earth. They see snowy mountains and coniferous forests, dotted with barracks and countless armed soldiers.

Kimi: "...This is the League Till's base. The Gray Raven's objective... was to deliver White Blossom right into the hands of the enemy."

The cabin is silent. Neither of them knows what fate awaits them once the plane lands.
— 19-8 Freezing Airline

"I lied to you for a long time, I'm so sorry... Nikki, go back to your world. You have no reason to stay here any longer. This is the last thing I can do to make it up to you..."
— Bobo in Brave New World Story

"Curt? The cute guy who steals secrets from people? Ahhh, if I had known he was coming today, I would've worn something prettier!"
— Bobo in Midnight Fly

"Darn... I will be the grilled fish in the mouth of some other creatures!"
— Momo in Ancient Fossil Hall

"This is really nonsense. Deer doesn't even wear clothes, how can it know styling??"

"You can't say that. Antlers are their headwears. And they also get patterns on their skins. Besides, hooves are shoes in their eyes. The deer lives in the forest, so it takes vigor of nature. I've seen a lot of stylists and nobody matches the deer on cuteness and vigor."
— Fu Su to Spring in Past in Flower Field

"It is just a seal separating from the outside world. It prevents the outsiders, but it also cages us in. I become weak after I have comprehended this, how can it go against my original intention? The world is but a station. I have seen that but I will leave soon. You should also leave this pavilion. In the limited life, seek the ultimate beauty..."
— Ancient Pavilion Designer to Fu Su in Past in Flower Field

"Nidhogg, I, on behalf of the Lilith government, hereby declare: You've violated Article 3 of the Lilith Kingdom Code and made a serious loss to Lilith and its people. You've also violated Article 27 of the City Management Regulations and intentionally disrupted a public event. Lilith government will appeal to the International Court and call on all seven nations to arrest you..."
— Yvette to Nidhogg in Time Magic

It was never easy to see through someone. Humans have warm bodies, but their hearts are actually as cold as the mechs. Ming Shuiyuan would never trust anyone easily again.
— Firm Mountain

A huge magic circle was deployed in the South of the Cloud Empire, freezing the time and the flower field there. For sixty years, Xiao Zong has been waiting for another soul, one that could amuse him and make his life meaningful again. Day after day, he has been longing for another chance to feel the fascinating temperature of that vigor again.

But the reality failed him again and again. His hope and passion were like a pebble in the river, being washed away as time passed. Life has become mere suffering. He began to indulge food, wine, beauty, all that could stimulate his paralyzed mind.

The never ending waiting and the frozen time at the flower field have together made an inescapable cage, blocking him from any happiness. He even thought his mind would die in the middle of waiting.

That was until seven years ago when he found Zhu Yuxian.
— Art of War - Swift Wind's Story

Nikki blew off the candles and made a wish: the future is to walk on with friends on this beautiful land.
— Rose Life

When a girl smiles, she may see love, she may find a dream... or she's having a styling contest.
— Warm Smile

Looking back to the south, Nidhogg smiled. With the flame inside, he walked into the northern blizzard.
— Snow-Feather

Years of history are gone like a dream. All the great dynasties left nothing but the words on the books.
— Morning Cloud Volume

The sweet girl said her name the first time they met, like the bubbling sound of a soda bottle cracking open.

Two girls and a cat started the journey. The laughter in Flower Field still echoes, how happy were Nikki and Bobo! Flower Field must have recorded it all.

Bobo and Nikki went through a lot. When recalling, Nikki still can't believe it was a lie. How can a story that starts with a lie have a happy ending?

Bobo started the trip with tasks, but with Nikki on the way, she felt true happiness.
— Daymare Fairy Tale

The distance between borderland and Cloud Capital is thousands of miles. They are like two different worlds. Long Street is splendid in red clouds, sunset and neon lights. The situation behind all these is unsettling. Cloud Capital is most bustling before the new year. It seems like all the people are on the Long Street. Though she misses the scenes, rains and fairs in Cloud Capital, all these are incomparable to her borderland.

Yue Qianshuang said, "I know you are worried about me. But you feel at ease at the borderland, don't you?"

"I'm not worried about you," Musika said, "I just miss the bean jelly and Gourds in Cloud Capital."
— Wind in Starry Wilderness

A friend asked Alain if she wants to see a whale. She said, 'It's better not to disturb them.'
— Whale Calf

The handsome youth is her father's friend but at her age. When he smiles, even the sunlight is eclipsed.

She misses the youth not seen in years. She wants to see him again and listens to his praise, even once.

The ceremony ends, there's still no news of him. She smiles at everyone, with her expectation fading.
— Treasured Years

Retrieved from "https://lovenikki.fandom.com/wiki/User:Kuhlau?oldid=113309"
Community content is available under CC-BY-SA unless otherwise noted.