Love Nikki-Dress UP Queen! Wiki
Register
Don't have an account?
Sign In
Advertisement
in: Characters, Recurring Characters, Females,
and 2 more

スー（キャラクター）
Toto is a character in Love Nikki. She is a girl from the Apple Federation, best known for being romantic and going on a multitude of dates.

Toto is always searching for her ideal boyfriend. With each one, she takes it seriously and gives the relationship everything she has. She strongly believes she will meet her prince one day so that she can be happy like her mother.[8] She's also a little naive, not understanding Momo's snarky sarcasm.[9]

At some point, Toto dyed her hair red and suddenly found herself without any clothes to match it. She went to the Apple shopping center, which was having a winter promotion, including new arrivals designed by Kimi. Toto bought boots that had sold out before noon right as they were restocked. By the end of the day, she had an overdraft on her credit card, and was carrying more shopping bags than she could hold.[10]

Toto's first boyfriend was an Aries photographer. Nikki helped give her ideas on what to wear on her date with him.[2] The next time Toto sees Nikki, she tells her that the date went well.[11]

Toto's next boyfriend was a Capricorn theatre manager working in Cicia. Toto says she is going rowing on their date together. Nikki and Momo end up going rowing with them, but on a different boat.[11]

Toto's third boyfriend was an Aquarius painter, who she goes to the hot springs with.[12] In a commission request, she reveals he wanted to paint her in a bathrobe.[13]

Toto's fourth boyfriend was a Leo CEO who she met at a wine party. The next day, she went on a date with him at the rose garden in Wintermount, wearing subtle floral patterns.[9]

Toto's fifth boyfriend was a Cancer, though his occupation was not revealed. He was described as thoughtful and gentle. Toto had a date with him in the Flower Field, which she felt was a romantic spot, and they watched the flowers in the evening. She wore a kimono to the date.[14]

Toto's sixth boyfriend was a talented Libra designer. She praised his designs to Nikki, saying they were beautiful.[15]

Toto's seventh boyfriend was a Scorpio doctor. She met him when she was sick and had to go to the hospital, and noticed how handsome he looked in his white coat. A week later, she and him went on a date in the bar in Royal City, Lilith at night, where she wore a sassy, mature outfit.[16]

Toto's eighth boyfriend was a handsome Sagittarius actor. He acted as a police officer at some point, which Toto witnessed. He was into lively and cheerful girls.[17]

Toto's ninth boyfriend was a Gemini writer. Toto believed he had the potential to become a best-selling novelist and that everyone in Miraland would read his books. However, she admitted his novel wasn't going well and that he was going to Wasteland to do research on customs and gain inspiration. She dresses in wasteland clothing in order to help him in this task.[18]

Toto's tenth boyfriend was a Taurus and a shopkeeper of a cafe. He likes sweet and beautiful girls. When Toto heard that Pigeon Forest was open to the public, she went camping there with him and spent the night. While she made coffee, he picked berries for them.[19]

Toto's eleventh (presumably) boyfriend was a tall and handsome Pisces model. Toto met him while shopping for a love handkerchief at the Pure Heart Workshop in Wheat Field. He acted as her own personal fashion designer and picked out clothes for her. One day while he was shooting a photoshoot in Moonlit City, Toto ran into Nikki there and told her about him, and their plans to walk around Snow Bridge after he finished up his work.[20]

Toto and her mother in Garden Secret 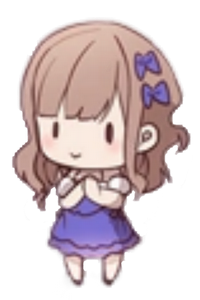 From the Classical Concert event map