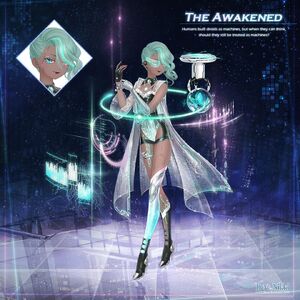 Humans built droids as machines, but when they can think, should they still be treated as machines?

You are viewing File 07. It belongs to bionic droid Eva. Its body and data have been erased.
– Heartbeat Scale

Eva was a common droid in mass production, but because of some abnormal reasons, she gained self-awareness.
– Light Circuit

At first, Eva showed nothing abnormal. Like other droids, she performs tasks exactly as programmed.
– Signal Current

After a series of calculations, Eva made a plan. She began collecting information about humans during work.
– Silhouette of Touching

Droids have an exceptional learning ability. Soon, Eva faked an identity based on a customer.
– Off Rail

Flesh will rot, but machine is nearly immortal. Droids are more advanced than human, so does Eva believes.
– Thorny Words

She even began communicating with other humans with the identity of a human. She was never doubted.
– Cutting Edge Tech

Nobody knew why Eva did all these things, just like nobody noticed when she walked by.
– Beyond Limit

After everything is set, Eva invaded the web database she worked for and wiped out everything about her.
– Smart Glasses

Before humans realized, thousands of droids have gained freedom, which means they all have self-awareness.
– Light of Tech

Finally, Eva was 'killed' in the laboratory. Pity that not all the freed droids were found.
– Butterfly Nebula

When droids have 'emotions', are they even closer to humans, or are they just upgrading?
– Perception

At the end of the movie, when the camera moves away from the file and reveals the narrator, a woman just like Eva.
– Reflection Logic

The overwhelmingly recommended movie Eva tells a story about the clashes between humans and intelligent droids.
– Phantom Thinking

Eva has been looking for other droids who have self-awareness, but she cannot contact with many due to the work.
– Neon Speed

Humans built droids as machines, but when they can think, should they still be treated as machines?
– Ai Emotion 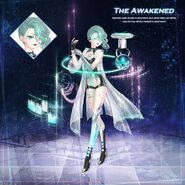 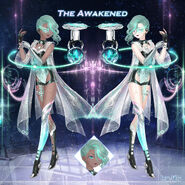 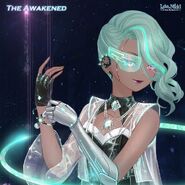 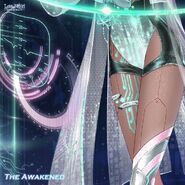 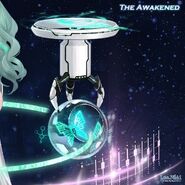 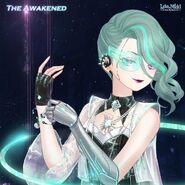 Retrieved from "https://lovenikki.fandom.com/wiki/The_Awakened?oldid=141297"
Community content is available under CC-BY-SA unless otherwise noted.