Sail of Hunt, Sea of Joy 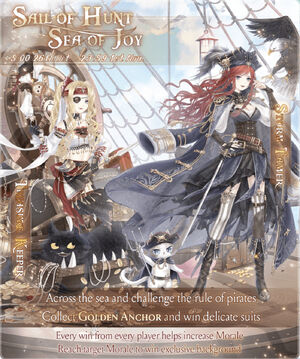 Sail of Hunt, Sea of Joy was a player versus player event that ran from October 26th to November 1st, 2018.

unlocked pieces of Storm Tamer and Treasure Keeper as well as

. Every player on the server's score contributed to Morale, which unlocked

and the background Helm of Treasure.

to win the corresponding reward, and when the server's Morale reaches the target, the server gift will be unlocked.

The event was a team challenge. Players had to [Change Partner] and do [Preparation] to refresh team Morale and style rating. 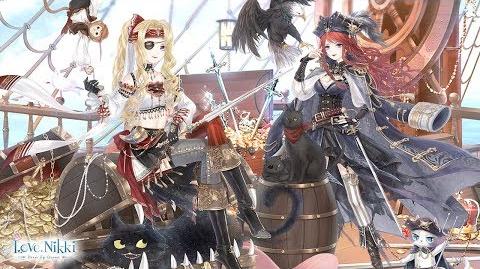 Love Nikki-Dress Up Queen Sail of Hunt, Sea of Joy
Add a photo to this gallery
Retrieved from "https://lovenikki.fandom.com/wiki/Sail_of_Hunt,_Sea_of_Joy?oldid=121622"
Community content is available under CC-BY-SA unless otherwise noted.