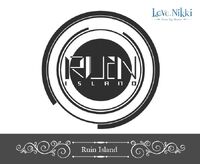 Ruin Island is a secluded island east of Miraland and one of the 7 Nations. It is ruled by "Queen Beta" (also spelled Berta).[2] It is driven by advanced technology and their style is simple and futuristic.

According to the Time Diary, Ruin Island is a tomorrow land built on the industrial ruin, isolated by ocean from the continent. Technology has been permeated into every corner of daily life, style is no exception. With the simple futurist style, Ruin is known as 'a nation of future driven by advanced technology'.

Ruin Island's emblem consists of broken concentric circles around a solid center circle. It is overlaid by the words "Ruin Island" in blocked letters of broken lines.

In the year 1511 of the Star Era, the era preceding the New Era, travelers went to the island that later became Ruin Island and founded a place called the "Lone Whale" shipyard.[3]

After the Nine-Day Dream, an event where everybody in Miraland fell into a sleep of unknown duration, the New Era began. At the beginning of the New Era, colorful lights began to appear in the sky of the Lone Whale shipyard. They stayed in the sky for centuries.[3][4]

In the year 189 of New Era, the Lone Whale shipyard was abandoned, and it became ruins.[3]

During the year 342, the same year the Blood Curse came to Miraland, a group of people returned to the Lone Whale shipyard. They were believers of a song called "A New World", which had been written at the start of the New Era by a musician named Bard. These people rebuilt the island, and established Ruin Island upon the industrial ruin.[3][5][6]

The people on Ruin had limited resources and space on the island, so they came up with inventive solutions to their problems to make the most of what they had. Due to the natural disasters such as tsunamis hitting the island, scientists came up with the technology of Decompose and Recompose, which allowed them to sustainably develop in the wake of disasters.[7]

However, after a massive natural disaster destroyed most of the island, only a few survivors remained. Ruin Island was only rebuilt with assistance from the mainland of Miraland, and as time passed, the technology of decomposing and reconstruction was forgotten. However, Ruin Island expanded and became one of the seven nations of Miraland rather than just an island. Eventually, decomposing and reconstruction was rediscovered and recovered by a scientist named Aurora, which helped the island prosper.[7]

In the year 556, a doctor living in the mountains of Ruin created the first computer. The light that had been seen over Ruin's sky for centuries descended onto the island, and a light appeared in the lab of that doctor. The "Light" helped speed along Ruin's technological advancements, with the goal of saving the people of Ruin from destruction and helping them create a new "Lone Whale" that could help them escape Miraland.[4][8]

Ruin's society is heavily dependent on technology and virtual space, referred to as "Data Cosmos". The Data Cosmos were originally created by an AI[9] called Beta and protected by a being called Hel. Hel scans any data before it enters in order to prevent corruption.[10]

Ruin Island tends to be isolationist, and pays more attention to the goings-on of their own country rather than interfering with the rest of Miraland.[11] It has no diplomatic relations with any other countries, and other than Gray Raven, no Ruin citizens can be found on the mainland.[9] Their technology is so advanced that it's said in one book that if they were to use it in a war, they could destroy the world.[12] 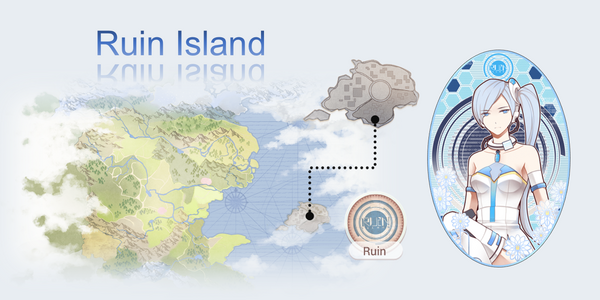 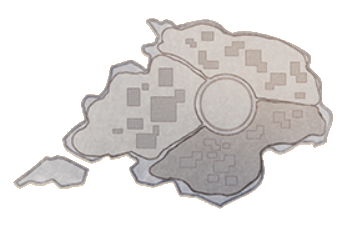