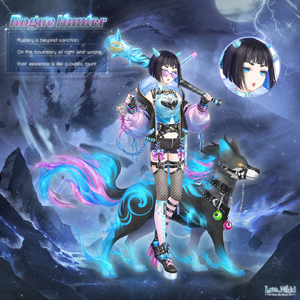 Mystery is beyond sanction. On the boundary of right and wrong, their existence is like a public taunt.

The bustling is like a huge chip, with everyone's trace being a twisted line.
– Night Arc

Have you heard about it? The 'Mystery'. In the story, whenever night falls, the keeper of justice will come.
– Neon Age


There are many people hidden in the darkness. They keep their principles and faiths in their own way.
– Mortal Flowers


The huge machine of interest is operating slowly. Gold takes the form of numbers on the screen.
– Electric Camouflage


She's where those stories come. Someone says she's just a young girl, but undoubtedly, she is mysterious.
– Lost in Illusion


She is untraceable in the day and night. When the neon lights flicker in her strange eyes, chaos befall.
– Opposite Way


Mystery is beyond sanction. On the boundary of right and wrong, their existence is like a public taunt.
– Void Thing


The hypocritical hate her but also fear her. She is like a wind that rises a storm in the city.
– Heterochromia


'Hypocrites and defier, which is you?' The glass shatters and the girl approaches with her club.
– Defier


In her eyes, a hypocrite is more dangerous than a defier because the latter knows what he defies.
– Neon Tide


The city in the day is bright and sleek, but what's under its skin?
– Black Ballad


When someone is laying his dirty hand on the fortune, the window behind will be knocked.
– Hypocrite


On the next day, there is one more story about Mystery, the hunter on the skyscraper. Everyone is talking about her.
– Soul of Teeth


Yet, she doesn't care a bit. On the roof of a landmark, she sees the city like it's transparent.
– Advent of Devils


Walking in the heavy darkness, she remains a clear heart. She believes in her faith and she will protect it.
– Rogue Hunter 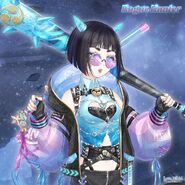 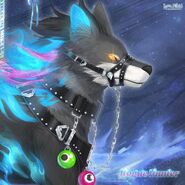 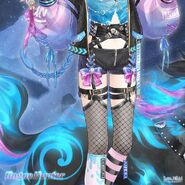 Retrieved from "https://lovenikki.fandom.com/wiki/Rogue_Hunter?oldid=161733"
Community content is available under CC-BY-SA unless otherwise noted.