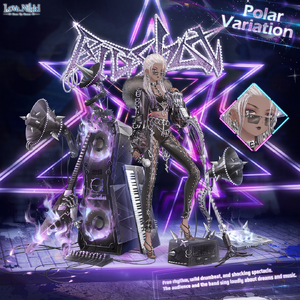 Free rhythm, wild drumbeat, and shocking spectacle. The audience and the band sing loudly about dreams and music.

Everyone is captured when they see Nikita's long silver hair and starts wondering who this record shop owner is.
– Rosy Starlight

Nikita's music talent shows up when she was at school. She wrote a lot under the classical teacher's direction.
– Wild Beat

However, she doesn't like classical music as the others think she does. She prefers the wild and free rock secretly.
– Metallic Rhythm

Everything was changed in the night when she met the legendary keyboard player Dodge. They soon became friends.
– Midnight Encounter

Dodge and his band are very active but their music is little green. Nikita volunteers to compose for them.
– Trend of Rock

Dodge cares about this young composer and often visits the workshop. They developed a deep friendship over time.
– Signature Sunglasses

Nikita gets so pumped upon entering the world of rock, but it always takes time and it's hard at the beginning.
– Shining Diamond

They share the love for rock. Sometimes, a word of Dodge can inspire Nikita and gives her many new ideas.
– Unbridled Idea

Dodge insists asking Nikita to be their lead singer and Nikita agrees. They start preparing the next show.
– Declaration of Liberation

Free rhythm, wild drumbeat, and shocking spectacle. The audience and the band sing loudly about dreams and music.
– Cry of Freedom

Nikita changes, creates, and sometimes sings her song in the workshop. Dodge was impressed when he came.
– Silver Bolt

The first song is done but the show in the club didn't go very well. Nikita cannot help doubting herself.
– Bold Assertion

The debut was a hit and the band quickly gains fame in the clubs. It's all like a dream.
– Roar of Cities

Nikita's study was terrible influenced. Under the pressure of her parents, Nikita chose to yield.
– Under Fire

The band stops its performance, but on many nights, Nikita dreams of singing on that stage.
– Visual Focus

Many don't know about her past, but her powerful and sharp question rocks every listener.
– Lost in Night

Whenever they have time, they would put off their uniforms and switch on their soul of rock and dominate the stage.
– Polar Variation

After they graduated, Nikita and Dodge opened a record shop and it becomes the center of the old band too.
– Rebirth Released

They have not been tamed. The life is rusty, but they will rub it clean with dream and courage.
– Brave Choice 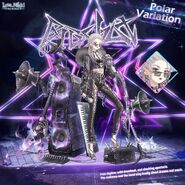 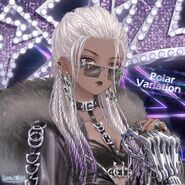 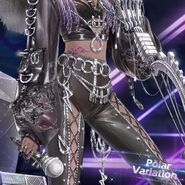 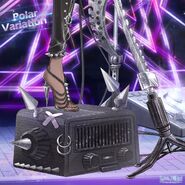 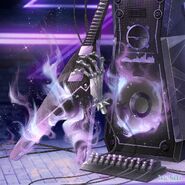 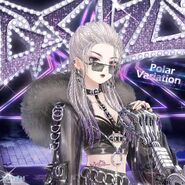 Retrieved from "https://lovenikki.fandom.com/wiki/Polar_Variation?oldid=146380"
Community content is available under CC-BY-SA unless otherwise noted.