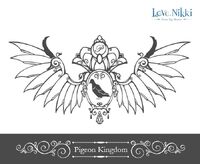 Pigeon Kingdom is founded in the south part of Miraland. Its residents prefer complex magic style. It's 'a holy fantasy kingdom where elves, dwarves, humans and goblins live in harmony'. Many Kindred also live in Pigeon.

Pigeon Kingdom was founded in the year 1184 of the Star Era by the light elf Ludwig, who united Ancient Pigeon as its king.[2] The Pigeon Kingdom is said to have been chosen by the elves and humans, who cooperated to build the nation together.[3]

The Renaissance followed beginning in Year 134,[6] which brought the kingdom to an age of peace through the efforts of both the elves and humans. Though the era is still a topic of academic discussion in the present time, it's said that art, music, and architecture dominated the Renaissance time period.[4] Despite periods of unrest, the people of Pigeon kept an optimistic perspective about the future of Pigeon.[7]

In the year 147, as a result of an event called the "Theft of the Holy Crystal", the light elves lost the ability to rule Pigeon. The current Elf King Herman abdicated the throne. A year later, the human noble family of Hervis became the new rulers of the Pigeon Kingdom.[6]

The golden age of invention in Pigeon was known as the Age of Steam.[8] It was known for its advances in technology and mathematics, especially in the machines that began to become commonplace.[9] The surge in inventions continued even through the year 680, never quite dying out.[8] The Pigeon Museum collects many relics and manuscripts from this time period and keeps them on display.[7][9]

Princess Elle was born in the year 656 to the Old King and Queen of Pigeon. She was the princess of the kingdom, and had a sister, Ace. During their childhood, their father the King fell ill, which greatly affected Elle.[10]

She was crowned Queen of Pigeon in the year 676, at the age of 20, by the archbishop of the Pigeon church.[11][12] She went on to create a group of stylists known as the Iron Rose Stylist Legion, who traveled around Miraland in search of design materials to craft one of King Sayet's treasures that she won in the Nine-Day War four years prior.[11][13] 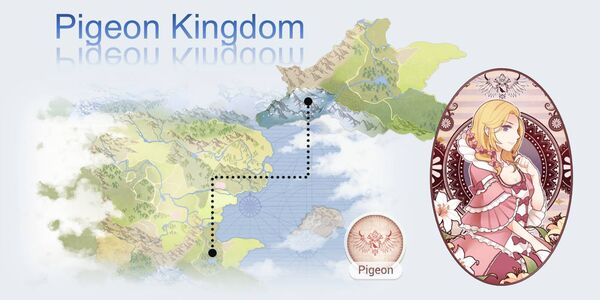 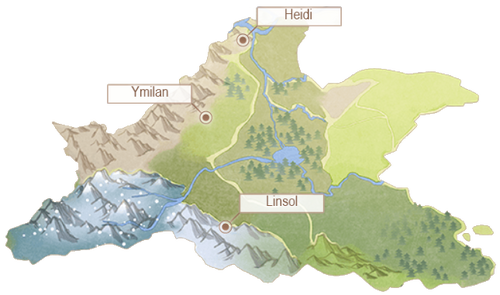 For a list of all locations, please see Pigeon Locations.

For a list of all characters, please see Pigeon Characters.