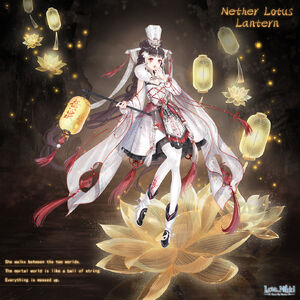 She walks between the two worlds. The mortal world is like a ball of string. Everything is messed up.

Resentment of Millenium
Cage of Aeon
30

Nether Lotus Lantern is a Cloud suit that could be obtained during the Nether Angel event.

She picked an evil spirit. The white angel touches it with her lantern and fire appears inside the armor.
– Divine Angel

The Ghost City with no lord is restless tonight. This huge cage is too dull. She wants more noises.
– Nether Kalpa


She walks between the two worlds. The mortal world is like a ball of string. Everything is messed up.
– Mortal String


She is a white stone by the Three Way River[1] and beside equinox flowers[2]. She's seen too much but she is confused.
– Karma Stone


As the energy flows, the white stone was formed. She always calls herself the Angel of Auspiciousness.
– Shoes of Peace


When White Impermanence[3] guides a soul, she likes making mischief. She would not say death, it's just oblivion.
– Corona of Oblivion


The sad cries of the ghosts, if you hear enough of them, are like a song. She would give them a white hair sometimes.
– Sobbing Frost


Following the guide of the lantern, they enter a city that is quiet in the day and bustling in the night.
– Yomi Guide[4]


Every released soul will leave a golden lotus behind. They belong to the Styx[5], but she picks them up anyway.
– Lotus Beyond


The lantern of White Angel always shines a warm light. Come closer and you will hear the cries of countless souls.
– Soul Lantern


Pale candles and white papers. Before the wraith could cry, it's taken by the white satin and dragged into the dark.
– White Satin


She saw the tears of corpses, the smiles of bones, and she will see the birth of the new lord.
– Pain of Affection


A stone knows nothing about ghosts and humans. She only wants more noises and that brings the name impermanence.
– Impermanence


The dead general who has seen the fall of thousands refuses to leave. White Angel picks up his sword and laughs.
– Resentment of Millenium


Clashes are everywhere and lives may wither all the time. So she never has time to rest and she's happy with it.
– Cage of Aeon

[1] The Three Way River refers to the Sanzu River, a mythological river in Japanese Buddhist tradition. It is similar to the Greek concept of the Styx, and for this reason it can be read synonymous to Styx in this story.

[2] Equinox flower is an alternative name for Lycoris radiata, also known as Higanbana in Japanese. The flower is associated with death and some legends have it that when you see someone that you may never meet again, these flowers would bloom along the path.

[3] White Impermanence is part of Heibai Wuchang, "Black and White Impermanence", which are two deities in Chinese folk religion in charge of escorting the spirits of the dead to the Underworld. They are the subordinates of Yama, the ruler of the Underworld. In some instances, the Heibai Wuchang are represented as a single being – instead of two separate beings – known as the Wuchang Gui, literally "Ghost of Impermanence". Depending on the person it encounters, the Wuchang Gui can appear as either a fortune deity who rewards the person for doing good deeds or a malevolent deity who punishes the person for committing evil.

[4] Yomi is the Japanese word for the land of the dead.

[5] The River of Styx forms the boundary between Earth and the Underworld. The rivers Acheron, Cocytus, Lethe, Phlegethon, and Styx all converge at the center of the underworld on a great marsh, which sometimes is also called the Styx. 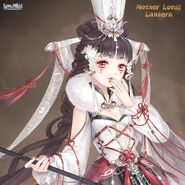 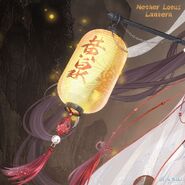 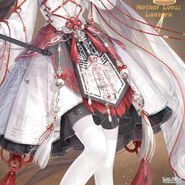 Retrieved from "https://lovenikki.fandom.com/wiki/Nether_Lotus_Lantern?oldid=171939"
Community content is available under CC-BY-SA unless otherwise noted.