The event Fate Trio is about a girl seeking revenge for her dead family, summoning a kindred to slaughter those responsible—her lover's family.

April was born in the most glorious Demon Hunter family. Her lover, named Manly, also happened to be a highly esteemed Demon Hunter, and April supported Manly in his hunt. However, the two's families were in a feud, which forced Manly to separate from her. Tragically, the feud was so grave that Manly's family ended up killing April's family, leaving her all alone. Her grief and rage was so deep that she repeated "the sinner will pay" in her sleep. Deserted, she cut her finger and chanted a spell, which awakened Cardis—a bloodthirsty vampire—from her sleep.

Summoned from the Taboo Scroll and described as "embodiment of all the ominous", Cardis is an incredibly powerful kindred with few being able to match up to her. April and Cardis formed a bonding contract, and when Cardis asked April what she desired—be it hatred, memory, family or glory—she could not give her death. April was frightened at first but decided to trust Cardis, setting her revenge plot in motion.

April succeeded, killing everyone in Manly's family, but was still bound to Cardis, who held her captive in her own manor. Cardis coveted April, and saw April's blood as her highest reward. Her cold heart was moved when she saw what lied beyond April's fear: the fire of vengeance and desperation and relished it. For someone like her who lived a long life, Cardis finally found some comfort from feeling "alive".

Meanwhile for Manly, he had been gone for years, not knowing anything about April's corruption until later. He was an incredibly powerful Demon Hunter, the item description of Hunting Time describing powerful kindreds "bow to him like ants" and how "his power is beyond imagination". He took pride in his work and believed that he was the one who controlled fate, but after leaving April behind, he actually harbors deep feelings of regret and sorrow under his hard exterior. Seeing kindreds die eased his sorrow temporarily, and sometimes he thought about the time they spent together, which made his current life look broken. After his duty was finished, he learnt about April walking with the very thing he hunted, as well as having destroyed his family out of vengeance.

When he confronted April, he could not believe that his lover had become his enemy. She was haunted by the demons around and was now using Cardis—a kindred—as her weapon. He thought that perhaps, if he killed the kindred, everything would return back to normal. His smile was gone and he was intent on killing the kindred. But as he challenged Cardis under the full moon, he saw the sadness in April's eyes. Unfortunately to him, April had already succumbed to Cardis, who had took full control of her. April had found their love to be too weak and fragile, and for her own sins, she would never earn redemption.

Manly's bones shattered and he was burned in fire—he had lost the battle. After his death, April witnessed dawn coming, believing that everything would embrace new birth. The same scenario would replay under the moon; the story would not end, even if it would lead somewhere beyond. 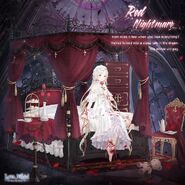 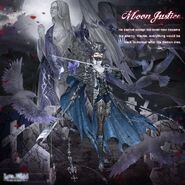 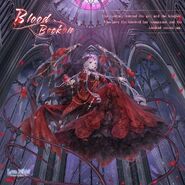