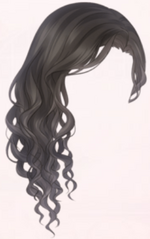 It is said that the black color of the long navy hair (actually not) is dyed to match the white uniform.

Customization
Marine Expedition can be obtained through the Customization of Iceland Warrior.

Black hair with several curls mostly worn over the right shoulder. Curled strands are slightly tented at the forehead and frame the face.

Marine Expedition is part of the alternative version of the North suit Army Major.

Retrieved from "https://lovenikki.fandom.com/wiki/Marine_Expedition?oldid=157630"
Community content is available under CC-BY-SA unless otherwise noted.