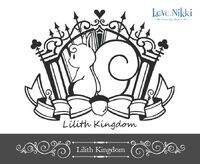 Lilith Kingdom is one of the 7 Nations. It lies on the eastern coast of Miraland. It used to be ruled by Queen Nanari and is now taken over by her younger brother, King Royce, after her disappearance. It is represented by the color pink and is known for its lolita and fantasy design. Squirrel is its national treasure.

According to the Time Diary, Lilith Kingdom was founded by a group of peace-loving top designers, and from there, they developed a unique dreamy, romantic, cute, and fairytale style. The nation is like a fairyland, namely 'a dreamy homeland that heals everything'.

Lilith Kingdom is represented by an emblem of a squirrel sitting before a large gate decorated with playing card symbols. A long ribbon sits beneath the squirrel with an acorn in the middle.

50 years before the Star Era began, the holy city of Ninir was founded.[2] At some point afterwards, it is assumed that the city failed or people left.

In the year 800 of the Star Era, peace-loving designers from Cloud and Pigeon who were tired of war came together in the ruins of Ninir to rebuild and create a nation there. Many pacifists came to Ninir, and it became known as a neutral nation for artists.[2][3]

In year 0 of the New Era, Ninir changed its name to Lilith. Though the reasoning for this was apparently lost to Miraland's historians,[2] it is suggested by the narrative that it was renamed to Lilith Kingdom to honor the queen at the time, Lilith.

Lilith Kingdom was ruled by its queen Nanari; however, she abdicated due to sickness.[4] She appointed Nidhogg as Prime Minister of Lilith to handle political affairs.[5] However, during the Fantasy Styling Contest of the year 680, Nidhogg rebelled against the kingdom and Nanari went missing,[6] resulting in her brother, Prince Royce, assuming the throne.[7] 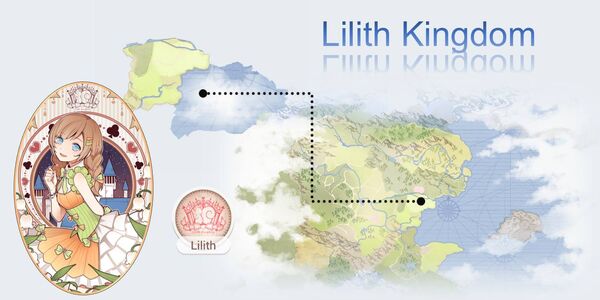 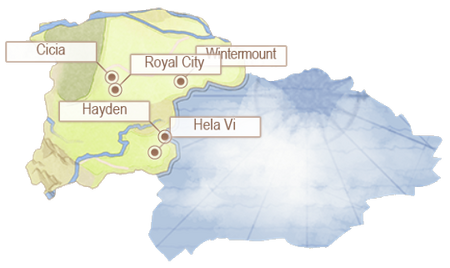 For a list of all locations, please see Lilith Locations.

For a list of all characters, please see Lilith Characters.