In Apple's hip-hop hotspot, Griffon Street, a grand hip-hop party is to be held. On the cool stage, what kind of street style will the two youngsters show?

There will be an event map with 5 stages. Two stages will be quiz stages and the other three will be Styling battles. You are given 3 free attempts for each stage daily and failing a stage will not deduct your attempts. Stamina is not needed to complete these stages. Complete the stages to get Graffiti Paint

. Exchange the Graffiti Paint for pieces of the Street Extreme and Graffiti Tempest suits. 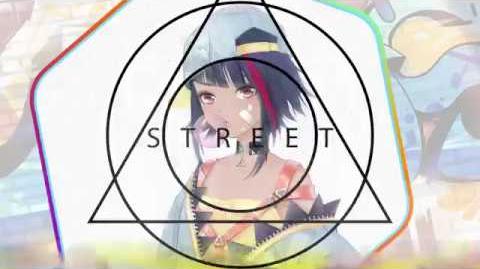 Love Nikki-Dress Up Queen- Hip-hop Hotspot
Add a photo to this gallery
Retrieved from "https://lovenikki.fandom.com/wiki/Hip-Hop_Hotspot?oldid=97976"
Community content is available under CC-BY-SA unless otherwise noted.