Hello Nikki-Let's Beauty Up is a mobile game developed by Paper Studio (previously named SuZhou Nikki Co., Ltd). It is the second game in the Nikki Up2U series.

The English version ceased its operations on November 30, 2016.[1] The Chinese server still exists, but no longer receives new suits or events outside of major holidays.

Hello Nikki is about Nikki, Momo and Nikki's older sister Nina traveling around Earth. On Nikki's birthday, her father, who was off traveling to become a famous photographer, sent her a mysterious map that supposedly led to treasure.

Similar to the other games in the series, Hello Nikki is primarily based around stages which contain stories followed by a styling component, which grades the player from S through F based on their performance. As the player completes stages, they travel through various maps, which represent different real-life countries on Earth. The game also features crafting, events, and purchases to obtain new clothes.

The game was a popular paid app in China beginning in 2013, and was released under Cheetah Mobile a year later.[2][3] 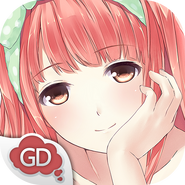 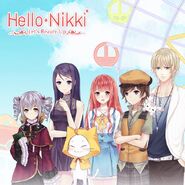