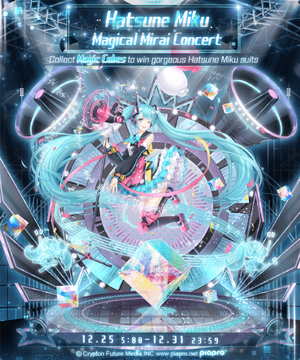 A collaboration event with the vocaloid, Hatsune Miku. Draw in the event pavilion to collect Magic Cube

. You will have a free draw every day and additional chances can be bought for 30

each. Each draw will return Stamina

The suits featured in this event will not return in any way.[1] 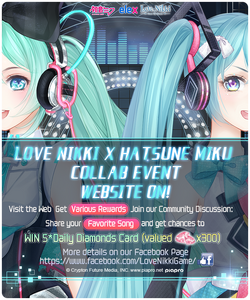 During the event period, the website https://hatsunemikulovenikki.elexapp.com/ had a special event which involved sharing to Facebook for a random code, which could be redeemed in the game for items and currency. It was open from December 17th, 2019 to January 14th, 2020. There were 13 clothing items to get, which included the Apple suit Frost Flutters as well as the following items:

There were also 13 other prizes, which consisted of various currencies:

, as well as a Fantasy Ticket 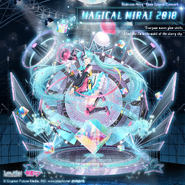 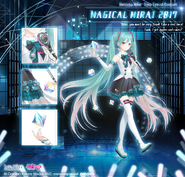 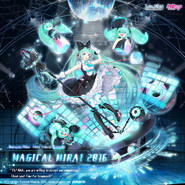 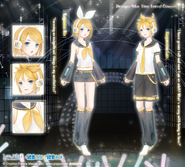 Items from the web pavilion

The event's logo
Add a photo to this gallery

Retrieved from "https://lovenikki.fandom.com/wiki/Hatsune_Miku_Event?oldid=107059"
Community content is available under CC-BY-SA unless otherwise noted.