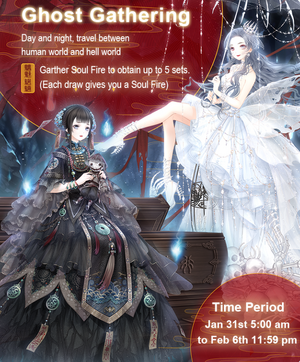 Ghost Gathering is a hell event that first ran from January 31st to February 6th, 2018. It is the event for the series of Story Suits, Ghost Gathering.

Draw in the event pavilion to collect

(Soul Fire). A free draw was given every day and additional chances could be bought for 30

each. Each draw returned

Collecting a certain amount of

allowed the player to obtain one of the 5 event suits and an avatar pendant:

(Imp Pendant) that lasted for a certain amount of hours; the more pendants, the longer it will last.

The third milestone was guaranteed to drop either the Miss Bone or Underworld Lord suit. The last milestone gave a background as well as a suit.

During the first season, there were also little ghosts that would show up during the event. The player could tap on them to seal them to gain gifts like 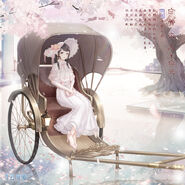 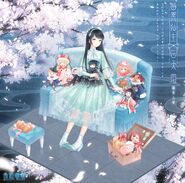 Flower Mirror
Add a photo to this gallery 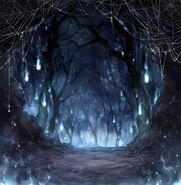 When a milestone is reached and claimed, a story will appear. That indicated what suit was going to be recieved. 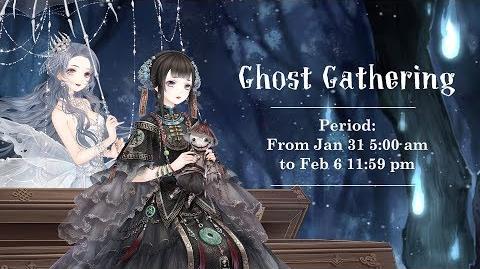