Love Nikki-Dress UP Queen! Wiki
Register
Don't have an account?
Sign In
Advertisement
in: Suit, Forest Spirit, Recharge,
and 3 more

Under the dense canopy that completely blocks the sunshine, a traveler walks in to seek her childhood memory.

It's said that a witch lives in the dark dense forest. The travelers talk about its horror and never walk close.
– Forest Banshee

Under the dense canopy that completely blocks the sunshine, a traveler walks in to seek her childhood memory.
– Dark Night Poem


A little girl walked into the forest and met the innocent fairy in it. They soon became friends.
– Accident Encounter


The fairy takes the girl to play in the forest. They climbed onto the tree to find the birds.
– Secret Dance


Banshee takes the traveler to a quiet place where there are various sizes of mushrooms with mysterious luster.
– Lingering Whisper


The banshee is not as horrible as the rumor goes. Instead, she is very beautiful. 'Don't you remember me?' She asks.
– Frozen Memory


At sunset, they departed and promised to meet again tomorrow. However, it turned out to be their last meet.
– Grass Ring


There is a poisonous white fog in the forest. The traveler carefully eludes it but accidentally falls from a cliff.
– Lost Mushroom


In a daze, she feels someone approaches. And not until she comes close does she realizes it's a beautiful banshee.
– Token of Moonlight


Gradually, she makes it out that she's the fairy years ago, but she is uncertain if she is still innocent.
– Carved Star Map


The banshee picks some blue mushrooms for the traveler. She says it will ease off the effect of poisonous fog.
– Naughty Fungus


From the banshee, she knows that this peaceful forest was taken by evil things, but she stayed to protect it.
– Poisonous Fungus


She was always here to lead the travelers away. Her appearance was influenced by evil and became the 'banshee'.
– Star Wave


The evil was finally purged and the forest regained its peace. She is always there to show the way for the lost.
– Forest Spirit 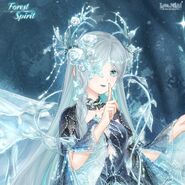 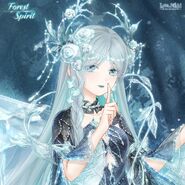 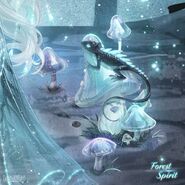 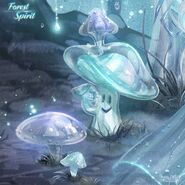 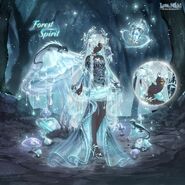