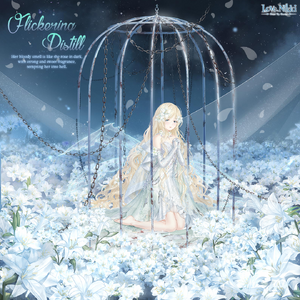 Her bloody smell is like the rose in dark, with strong and sweet fragrance, tempting her into hell.

Flickering Pistill is a Story Suit that can be obtained from the Blood Moon Event.

Lake Povali is like a serene mirror. Thousands of stars reflect on the lake surface, passing you by on their own orbit silently. Not even a breeze blew over the lake, but strange ripples formed on its surface. A low-pitched sound came from deep beneath the ripples. Then something like a sharp dagger, gently and carefully cut open the skin around the heart. The reflection of the stars on the lake suddenly turned into a sea of while flowers. The flowers burst open as if in a moment of full bloom, then quickly wilted becoming stained in shade of dark red.

On the night of the Blood Moon, the stars on Lake Povali disappeared.

Giant bird cages, heavy shackles, constant pain and humiliation appeared. The dripping of blood recorded passing of days after the city of darkness froze time. A cold wind chilled bones. She could not speak nor move. Only her eyes and a pair of fallen stars' eyes remained calm as the water.

This is a cage for her. It is in the depths of the city of the reflection. Behind her she heard familiar footsteps. Even the darkness retreated. She raised her head slightly and heard the sound of the cage being opened. The unknown presence embraced her from behind. Cold fingers ran across her slender neck, causing a slight trembling. Then this embrace became tighter and tighter until she couldn't breathe. Almost strangled in this embrace and pressed into another body to fill a huge void. She let out a hoarse cry, and drops of blood fell onto the white skirts of blossoming hell. Near the moment of death, she was released. Behind her ear came something like licks of pain and the breath of plunder. It was a kiss, a gentle caress, a deep affection from desire, and at this moment she felt something that she had never felt before. Sharp pain, as a blade pierced the soul and shredded it. Sobbing and screaming were all drowned out by pain. Her eyes suddenly lost consciousness. When she could focus again, she saw the red eyes, the cruel and satisfied eyes.

She should have recognized those eyes since birth.

Blood-stained fingers wiped the lips then touched her lips. She looked into her eyes.

'I love these pure and holy eyes, so much that I want to dig them out. Do you want to sacrifice yourself for my redemption? We can find out if you can save me or if I will drag you into an endless abyss instead.'

Fresh blood from the wounds the broken wings exudes an irresistible sweet scent. They lured the kin of the darkness.

Everyone from the war was guilty. Perhaps her birth was to redeem those sins.

The only thing she could do was to close that door and join them forever in that dark reflection and accept her fate as an eternal prisoner, sacrifice her body, continue to suffer. One day the blood will dry up and the white sea of flowers will wither. However, her eyes will still be like this, being the light and freedom of another world, watching the Blood Moon in the sky. And one day, perhaps the Blood Moon will be full again.

Lake Povali can no longer reflect the stars in the dark blue sky, but stars are still watching her pitifully, seeking for their vanished reflections.

Brilliant stars fall into Lake Bovaly. Nurtured by the magic of Pigeon Forest and elves, the Holy was born.
– Moon of Holy Spirit

Evelyn guards the quiet Pigeon Forest. When she bleeds, the reflection of stars will turn to white flowers.
– Chant of Stars

Evelyn has beautiful eyes, calm as Lake Bovaly and grieved as the harp music. She knows that day will finally come.
– Reverted Day and Night

Woken up from the nightmare, Evelyn senses dangers in the wind — a horrible force is approaching her.
– Fallen Pistil

The darkness weaves into a huge cobweb, trapping her inside, and the bloodthirsty demon is drawing close.
– Fragile Butterfly Wings


She received the invitation to Blood Ball on which an inverted black cross shows ill omen.
– Holy Lilies


Every dark creature wants to tear her apart when she enters the city, but they dare not to go before Devil King.
– Star in Shadow


The transparent wings are a symbol of elf's pure magic. The divine power in her blood is what the Lord craves for.
– Glass Wings


Half elf and half kindred, a contradiction lost in desire ad void... How pitiful.
– Compassion


This is my fate. For all the dead elves and kindreds, for you, I'm willing to become a sheath, a shadow in the dark.
– Moon of Redemption


Helsin's bloody smell is like the rose in dark, its strong and sweet fragrance tempting her into hell.
– Fallen Star


She won't die because she is the final seal for Shadow City. Endless pain and torture await her in the cage.
– Imprisoned Pistil


This will be the best ending. You cannot kill me because I sealed you. And time will bring the final salvation.
– Lament 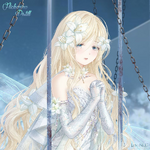 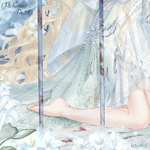 The unposed version of the suit

Retrieved from "https://lovenikki.fandom.com/wiki/Flickering_Pistill?oldid=162766"
Community content is available under CC-BY-SA unless otherwise noted.