The castle gate let out a moan when the party is over and the whole kingdom fell into the dream woven by Queen Night. Warrior, enter the dream of Princess Dawn, light up the Starry Path, and guide her towards awakening!

. You will have a free draw every day and additional chances can be bought for 30

each. Each draw will give you 1

When you collect a certain amount of

, a star will be lit. Lighting up a star allows you to obtain one of the 5 event suits. The last two stars will drop a background as well as a suit.

In Season 2, players were given a rabbit avatar pendant

If you have already claimed a star in the previous season and have been put behind it because of the higher milestones, you will not get a reward for reaching it again.

Note: This event will come back with higher milestones and your current amount of

When you reach and claim a milestone, you will see a story that indicates what suit you'll be getting.

In the dream, the Princess floats in the sky
Catching the raindrops in the clear sky
Steam lingers around her
Sunlight is warm and gentle
Cloud and dew dance with her
The pace of light is so tender
Drawing a brilliant bridge in the sky 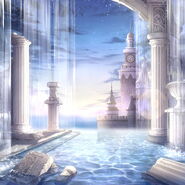 Dawn Twilight
Add a photo to this gallery 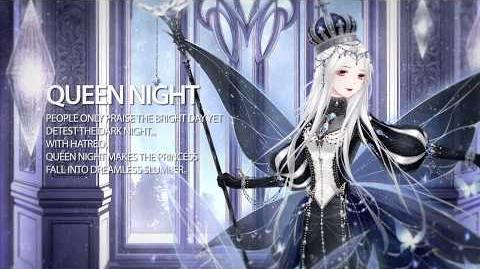 Love Nikki-Dress Up Queen Evernight's Dream
Add a photo to this gallery
Retrieved from "https://lovenikki.fandom.com/wiki/Evernight%27s_Dream_Event/Dream_of_Black_and_White?oldid=103178"
Community content is available under CC-BY-SA unless otherwise noted.