Love Nikki-Dress UP Queen! Wiki
Register
Don't have an account?
Sign In
in: Wardrobe Item, Dresses, 5 Heart,
and 7 more

Back to page
Edit 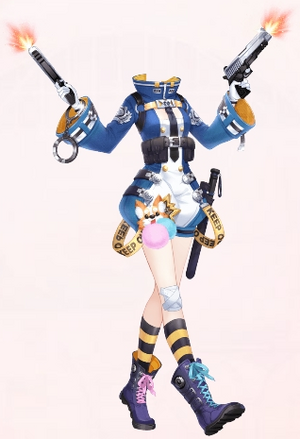 He woke up and showed me a small gift from his pocket. I impatiently opened the gift but was shocked still.

Crime Buster can be obtained from a Styling Gift Box given to the player for completing the Crime Buster suit.

The outfit is assembled in this form and the user is shown in a walking motion and their arms raised in the air, firing their guns.

Crime Buster is part of the posed version of the Apple suit Crime Buster.

The other pieces of the posed version are Special Investigator, Absolute Authority, Message Receiver, The Incident, The Watching Star, Police Dog Assistant, City Under Curfew and Sky Pursuit.