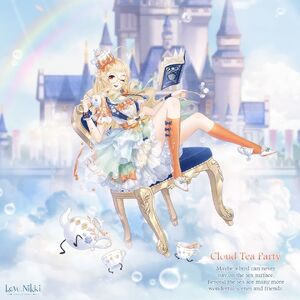 Maybe a bird can never stay on the sea surface. Beyond the sea are many more wonderful scenes and friends.

Cloud Tea Party is a Lilith suit that could be obtained from the Nine-Night Tales event.

He looks far into the distance. White clouds are above the horizon where the sky and sea become one.
– Singsong Fantasy

He's imagined the sea in his mind countless times, but now that he sees it with his own eyes he cannot believe it.
– Clear Thoughts


He's older but as he came later to study, he has to call the younger one senior.
– Ocean Twilight


The two boys take a stroll on the beach. The boy brings up the story of the bird and the mermaid.
– Chasing Clouds


The black tea in the pot gradually cooled down, but the two paid no attention as they are buried in design.
– Escaping Teapot


At noon, the two exchanged their designs. Two completely different tea parties on the papers are both fantastic.
– Floating Cloud


In the end, the mermaid still sings in the sea. The bird, however, has never returned to that sea.
– Fairytale Picture Book


At that moment, the tilted chair inspired both of them and was incorporated into the designs.
– Split Second


Unlike the boy who likes the mermaid, he prefers to be a bird who flies and sees the world.
– Tea Party of Encounter


The tea party on the beach draws their attention. Men and women in elegant clothes socialize over cups of tea.
– Wonderful Tea Aroma


He takes a sip of the tea. 'Why don't we have a match on the theme of a marvelous tea party?'
– Porcelain Teacup


Just like the first story the bird told the mermaid, the experience on the beach opens a new gate for the boys.
– Holiday Slumber


The boy's eyes light up. He gets up to retrieve his notebook, not knowing his chair is falling back.
– Rounded Teaspoon


The cloud grew and shrank. It's a beautiful sight for a fish, but it will go somewhere far and high.
– Sugar Cube Cloud


Maybe a bird can never stay on the sea surface. Beyond the sea are many more wonderful scenes and friends.
– Picture Book Tea Party 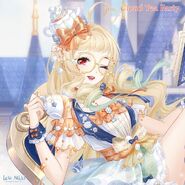 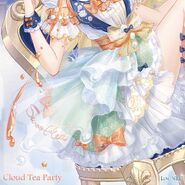 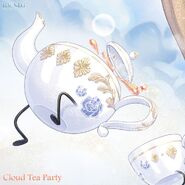 Retrieved from "https://lovenikki.fandom.com/wiki/Cloud_Tea_Party?oldid=169009"
Community content is available under CC-BY-SA unless otherwise noted.