The wind shakes the flowers in the castle where the forgotten live. Their names can only be found in ancient books.
– Mist Jungle

Behind the castle is the coastline and every time when the moon rises, a mysterious girl will chant on the tower.
– Phantom's Trace

As the voice rises and falls with the wave, a giant fish skeleton rises above the sea and into the dark sky.
– Dream Requiem

As the forgotten people fall in the castle with the secrets, the sea sees the cycles of lives too.
– End of Light

She witnessed the end of life. The huge soul melts into the sea. After the sudden collapse, all return to peace.
– Spray Journey

She heard the goodbye of whales. It's deep and unclear, like huge snow falling onto the rocks.
– Sound of Whale

She delivered countless lingering souls with her ethereal voice. The dead will reunite.
– Phantom of Bone

The soul lingers where she was. And the eternal sound of waves is like a song of whales.
– Night Talk

In every full-moon night, she would ascend the tower and chant the long poem. The esoteric words echo with souls.
– Chaos Wave

The taboo book records a poem written in ancient language by which you can talk with souls in the sea.
– Ocean Echo

The giant whale skeleton rises into the air. Wrapped in a silver halo, it wears a robe made of moonlight.
– Cross Prison

Soft colors appear in her eyes. She seems to see the whales in the deep sea, the most secret and beautiful scene.
– News in Cage

The poem is like the law of nature. It summons the souls in the waves and dismisses them before sunrise.
– Deepsea Look

When the dawn comes, people see a peaceful sea under the bright sunlight, but nobody knows what happened last night.
– Dark Way 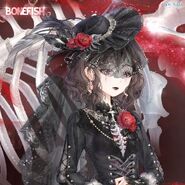 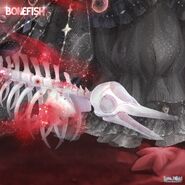 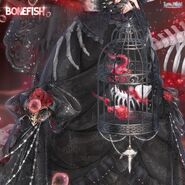 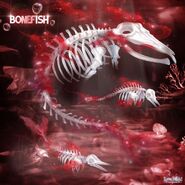 Retrieved from "https://lovenikki.fandom.com/wiki/Bonefish?oldid=128393"
Community content is available under CC-BY-SA unless otherwise noted.