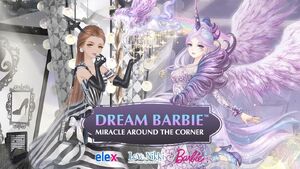 A collaboration event with Mattel's Barbie, bringing Barbie outfits to the game as suits.

The event first debuted on the International (English/French) server of Love Nikki March 14th to March 20th, 2019. It then returned for a second season from September 25th to October 1st, 2019.

The exclusive suits that were brought by the event were all in-game recreations of existing Barbies and Barbie outfits.

The first season of the Barbie x Love Nikki event asked players to submit fanart for a chance to win in-game prizes. The focus of the first season's contest was of the two new suits, Space Fantasy and Romantic Moment. All submissions were then showcased on the official Love Nikki FaceBook page. 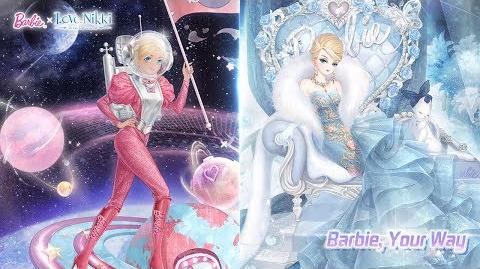 Retrieved from "https://lovenikki.fandom.com/wiki/Barbie_Event?oldid=107479"
Community content is available under CC-BY-SA unless otherwise noted.