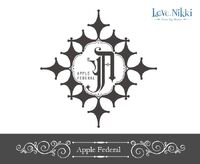 Apple Federal (also known as Apple Federation) is one of the 7 Nations. It is the largest and most populous nation in Miraland and is a heaven for designers and stylists. The architectural style is ahead of its time and fashionable dress-wear is an essential part of everyday life there. The Apple style is a simple, fashionable, and modern one.

Its emblem is a diamond shape made of several small diamonds. In the center is a stylized A next to the name Apple Federal.

Apple was founded in the year 147 of New Era, after a youth named Welton fought against the rule of colonists and led an independence movement.[2] Welton (or possibly someone related to him) became the first president.[3][4] The Apple city of Rolterdan on the border between Apple and Pigeon had been formed much earlier, 600 years before the Star Era (the era preceding the New Era).[5]

By the year 505, many other colonies willingly annexed into the Apple Federation, and Apple had become the biggest nation on the continent.[6]

Note: The Shining Nikki timeline does not line up with the Love Nikki timeline, depicting an independence war occurring before the year 0.[7] It may either be a discrepancy or an alternate universe.

The Apple Federation, though modern and developed, wasn't perfect, and people there faced their fair share of hardships.[8] However, many prominent businesses and organizations had found their place there, including the Apple Federation Apparel Group, the Mercury Group, the Amphithea Group, and the Rosset Research Institute.

When war broke out between the League Tyr and Cloud Empire, the president of the Apple Federation and the chose to ally with the League Tyr due to influences from one of his supporters, the Mercury Group.[9][10] The president of the Apple Apparel Group, Chairman Schiller, was opposed to the war, and this alongside his possession of the valuable dress White Blossom made him and the other people in the Group into targets.[11] However, the Apple Government, who were opposed to the League Tyr, managed to repair relations with the North, Cloud, and Lilith.[10] 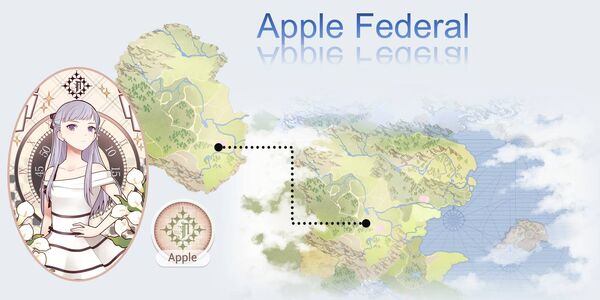 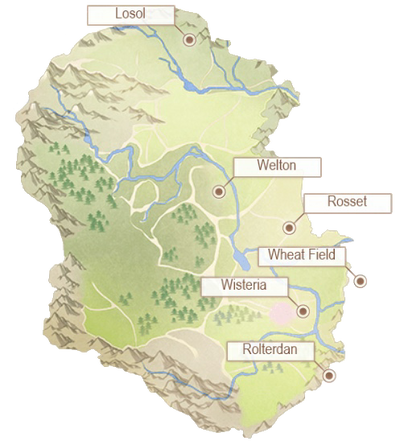 For a list of all locations, please see Apple Locations.

For a list of all characters, please see Apple Characters.