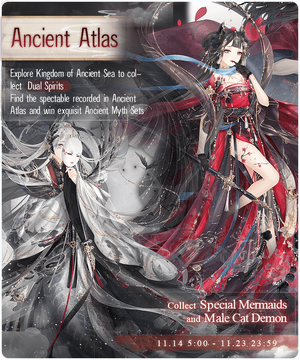 Ancient Atlas is a Hell Event that first ran from November 14th to 23rd, 2019. It is the event for the Mountains and Seas series of Story Suit.

Draw in the event pavilion to collect

(Dual Spirits). A free draw will be given every day during the event, and additional chances can be bought for 30

Each draw will return

will allow the player to obtain one of the 5 event suits.

Before or within the 3rd and 5th milestones, the Yin Yang and Shapeshifter Neko suits are guaranteed to to drop. The last milestone will award the background, Devil River. 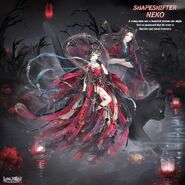 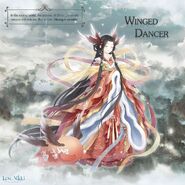 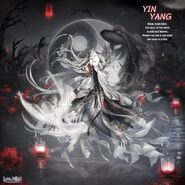 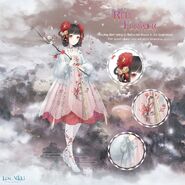 Guiding Green
Add a photo to this gallery

When you reach and claim a milestone, you will see a poem that indicates what suit you'll be getting.

The moonlight in the midnight turns into Jinhua.
Living in remote valley, it moves in the night.
It can change into a man or woman,
or remain invisible as a cat.
With human souls as food, its Qi is purely Yin.
Those who encounter it will fall ill slowly.

Dihong has a naughty nature, loves music.
Pet's name is Dijiang with the shape of a bag,
red like fire, six feet and four wings.
Plump and faceless, but a master of music.
Gold in the mountains, jade in the waters.
Dijiang collects and dances.

From Wuji Taiji is born.
From Taiji Yin and Yang are born.
Tai Qi connects Yin and Yang.
Yin leads to next life. Yang nourishes everything.
To avoid greedy mortals, she hides in Cloud River.
Leads a free life like a wild crane.

Beyond the Ancient Sea lives a girl Hanying.
She seeks Red Flower in the dead wood to heal her mom.
In the thorny woods, she dies from blood loss.
Dead wood grows Plum Blossom but mortals can never enter.

A mountain in Ancient Sea named Beckon.
A tree in the shape of grain with black pattern.
Its light shines greatly that lights up the sky
Wear it and one won't get lost in the forest

Five recipes for the Ancient Spirits were given out in the mail. They can be crafted using Recipe Crafting, and the materials to craft some of the spirits could have been obtained for free from a stamina expenditure event, running from November 14th to the 23rd, 2019.

Love Nikki-Dress Up Queen Mountains and Seas
Retrieved from "https://lovenikki.fandom.com/wiki/Ancient_Atlas?oldid=123279"
Community content is available under CC-BY-SA unless otherwise noted.