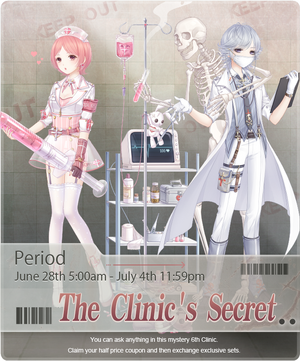 Take the personality quiz; depending on how similar the player's answers were to other players', a discount of 50% will be given.

If the answer was less than 50% similar to other players', a discount for the White Demon suit would be given.

If it's more than 50%, a discount for the Sly Angel suit would be given. The test could be retaken as many times as desired, until the 'Claim' button is pressed.

Exchange the contracts for pieces of the Sly Angel and White Demon suits. Each stage could be replayed 5 times per day, and more attempts could be bought for 30

, and failing a stage would not deduct an attempt. 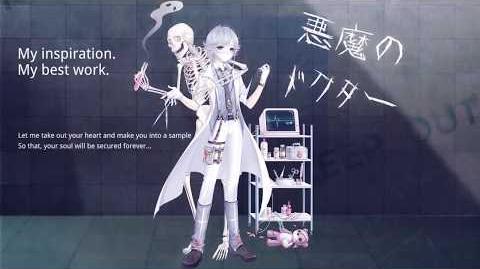 Love Nikki-Dress Up Queen the Clinic's Secret
Add a photo to this gallery
Retrieved from "https://lovenikki.fandom.com/wiki/6th_Clinic?oldid=111835"
Community content is available under CC-BY-SA unless otherwise noted.